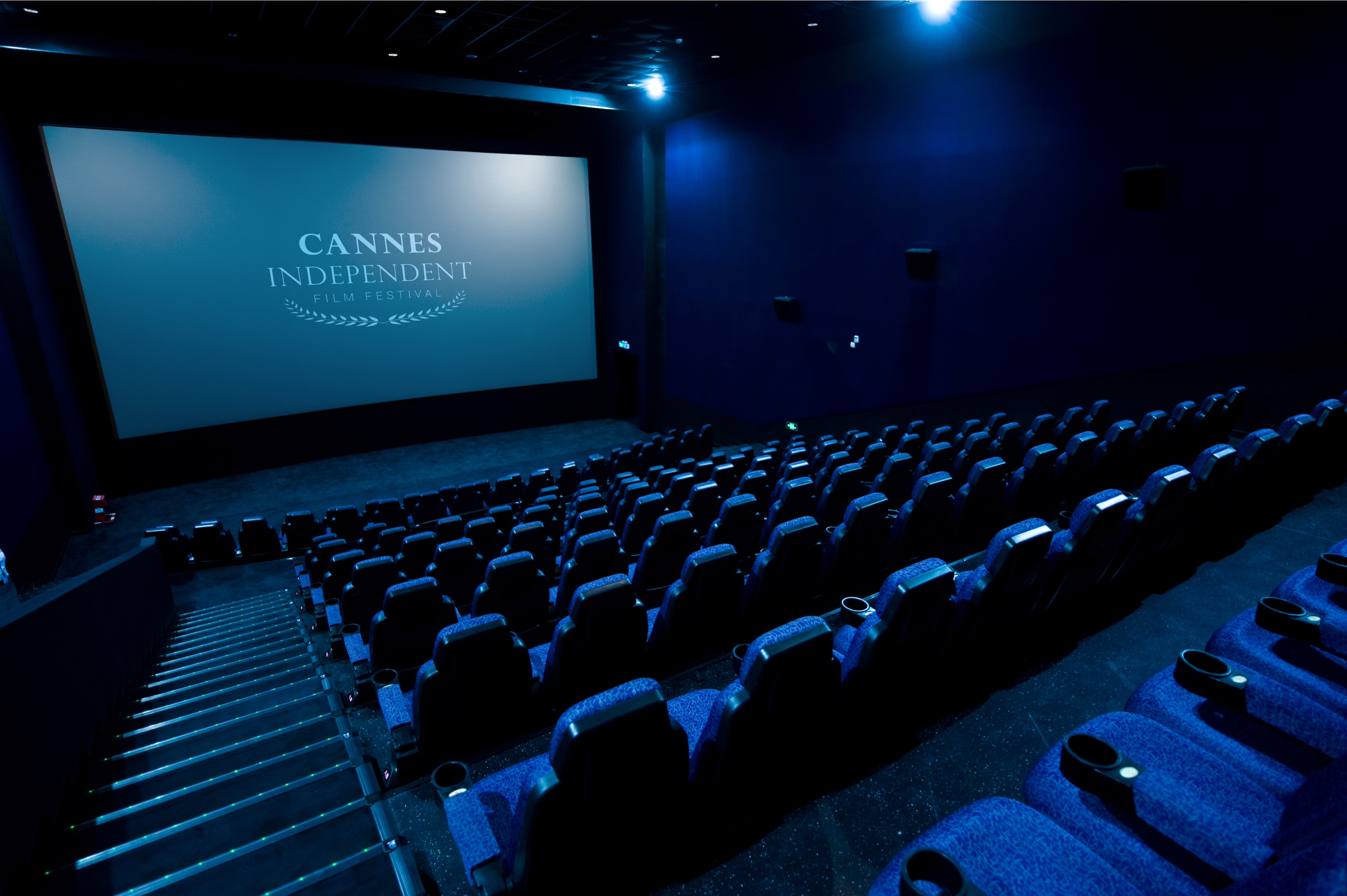 Showcasing the cutting edge of indie filmmmaking from around the world
Festival 2022 Submit now!

You can’t (Kan’t) always get what you want. by Arroyuelo Woolrich
Yes I Am – The Ric Weiland Story by Aaron Bear
Molotov by Ariel Semmel
Dreams of Emmett Till by Bobby Field
Jack Wyatt and the Gun from Hell by Clay Dumaw
The Revolution Generation (working title) by Josh Tickell, Rebecca Tickell
Dances with Clouds by Kyle B Wagstaff
Six Angry Women by Megan Jones
Velvet Crush by Michael Boston
His Name Is Ray by Michael Del Monte
54 Years Late by Michele Wright, Ph.D.
Fate’s Shadow: The Whole Story by Michelle Arthur
V & F by Michelle R Arthur
Covid Tales: House Party by Mike Spence
On / Off by Nicolas P. Villarreal
The Bandaged Place: From AIDS to COVID and Racial Justice by Ravi Chandra
No Spicy No Fun – Rebel Riot in the UK by Roberta Bononi, Kim Ford
The Tarpa Player by Sareesh Sudhakaran
Hatshepsut by Sonia Machado Hines
Half & Half by Sri Charan
Wonderer by Yusuf Khan

Best Documentary: Cassie Jaye for DADDY I DO (USA)

The third Cannes Independent Film Festival will be held on May 18-27, 2022. Email can be addressed to: cannes@film-festival.eu

The Cannes Independent Film Festival is an online festival dedicated to ultra low-budget indie filmmakers, running every May while the entire film industry gathers in Cannes, France.

CIFF is not at all connected with the Cannes Film Festival, but we run at the same time. 2022 will be our third year.

CIFF screens narrative features and documentaries, and short films in all genres.

Here’s the schedule for the 2022 Cannes Independent Film Festival.

All films are screened on the Eventive online platform.

Feature film tickets cost $10 per feature film, shorts cost $5 per film. Films can be watched anytime during the festival run, May 18-27.

Shorts Block 2 {buy here}
Catastrophe, Inc. by Alissa Valentina Knight
Forgotten by Brad James
Feast of a Dying Man by Hjördís Jóhannsdóttir
Under the Shadow of the Wall by Taylor Genovese
Hamleyed by Pedro Blanco-Uribe

A Story Worth Living {buy here}
Directed by Vanessa Leonard

DRAMA
https://astoryworthlivingmovie.square.site/
Allison Foster and her childhood best friend, Melissa, find themselves attending the same college. Wanting to end her junior year strong, overachiever Allison receives a class assignment that goes beyond the classroom and encourages her to perceive life in a more positive light. Coming from a family that has a past of dealing with mental illness, Allison strives to obtain a more optimistic view with the help of her new boyfriend, Jacob Russell. However, Allison’s merry shift of focus may be short-lived, as she did not foresee what was about to change everything.

DOCUMENTARY
https://www.facebook.com/afrykasmagicbox
AFRYKAS is a journey and a tribute to Senegalese cinema, its filmmakers, women artists and the mothers who inspire us. The film introduces us to the African landscape, the vibrant city of Dakar and the daily lives of our characters. Their testimonies allow us to understand the uniqueness of Senegalese cinema, their dedication to cinema, the importance of the mother figure in Senegalese society, their inspiration,, their dreams, their struggles and their dedication to the education of future generations.

ACTION
https://www.facebook.com/BeatentheMovie/
Bruise, a mysterious hitman, is contracted by corrupt mayor Henry Derringer, to kill Redd, a former employee that he thinks stole some incriminating data. When the mayor’s colleagues hear about it, they hire their own hitmen which ends up killing Bruise’s fiancée Cindy, who happens to be Redd’s sister. The two come together to avenge her death.

HORROR
https://chestmovie.com/
While filming a documentary series about Appalachian folklore and mythology, a crew of amateur filmmakers uncover the legend of a mysterious box hidden away deep in a wilderness area known as “Jeffrey’s Hell” in the Appalachian mountains of East Tennessee. As the mystery unfolds they soon discover that some secrets are best locked away and forgotten. Based on actual events.

DRAMA/EXPERIMENTAL
https://telleverything.org/
A woman tells her daughter about every man she’s ever been with – in the hope her daughter won’t make the same mistakes

SCI-FI
A daughter must overcome lies and deceptions in the AI world to solve the mystery of her missing father.

Self Quarantined {buy here}
Directed by Keith B Plummer

THRILLER
https://www.selfquarantinedmovie.com/
Three women dealing with social isolation resulting from a worldwide pandemic and trauma in their personal lives decide to get away from it all and go on a mountain retreat together. While reconnecting and recharging their energy, inexplicable things begin to happen in and around their rental house, challenging their grips on reality.

CIFF 2021 WINNERS:
Here are the winners of the 2021 Cannes Independent Film Festival:

Here’s the schedule for the 2021 Cannes Independent Film Festival.

All films are screened on the Eventive online platform.

ANIMATED
https://www.imdb.com/title/tt12517264/
V & F is an animated love story about Vernell the vine, Frank the fence, and their fantasy world inside a Los Angeles park. This tragic comedy reveals the truth behind behavioral issues that are insurmountable to many, yet overcome by those strong enough to move past them.

DRAMA
https://www.imdb.com/title/tt13138994
Three old friends divided in society, reunite in lockdown using a video conferencing app that is not what it appears.

DOCUMENTARY
https://noaacf.org/
The gut-wrenching true-life story of Terry Gene Wright, a 58-year-old African American man who was not diagnosed with Cystic Fibrosis (CF) until the age of 54 despite being seen by an array of healthcare practitioners, enduring countless hospitalizations and surgeries, and having all the classic symptoms of CF – a progressive and genetic disease that’s often perceived to affect only the Caucasian population. Written and directed by Michele Wright, Ph.D., and produced by Butterbean Productions, this movie emotionally depicts Terry’s roughly 5 ½-decade painful and surreal journey from childhood to adulthood to finally being diagnosed with CF 54 YEARS LATE

COMEDY
https://www.imdb.com/title/tt12791156/
An unsuspecting plumber with a velvet fetish answers a service call for a gorilla-loving nympho with the goods he’s long desired.

DRAMA
www.wonderermovie.com
A mysterious woman roams the urban streets as she contemplates life. This journey will unlock the answer to her ultimate plan.

DRAMA
Israel 2021, a flood of riots filled the streets. The police brutally fight civilians. “Molotov” is a story about Ariel Semmel, a film Director and political activist who finds himself hunted by the police

DOCUMENTARY
https://wolfcrow.com
The Tarpa Player forms the core of Warli Art and the Adivasi community. Bhiklya Ladkya Dhinda is one of the last Tarpa players. He is 85 years old, and can move about like a 40-year old. His energy, optimism and drive is infectious. He is an inspiration to all, and I hope you like this simple character vignette.

On / Off {buy here}
Directed by Nicolas P. Villarreal

To bring Egypt into a Golden Age, Pharaoh Hatshepsut, a woman, publicly appeared, and fought as a man – but loved as a woman. A true tale of love and courage despite everything.

Dances with Clouds {buy here}
Directed by Kyle B Wagstaff

The art of dance is a tough discipline to master even when participants are able to practice and perform their movements with compliant partners in stable environments on dry, consistent surfaces. This film elevates the level of difficulty considerably–to 10,349-ft to be precise–by deliberately imposing extreme conditions upon both athlete and filming equipment. In addition to the aforementioned strength-sapping high-altitude of Utah’s Wasatch Mountains, the dance floor consists of steep, avalanche-prone slopes of summits covered with up to 12′ of powder snow.

DRAMA
https://picturesofyou.com.mx/ycagwyw-the-movie/
What if your personal drama and conflicts kept in our electronic screens were only the entertainment viewed in some higher else’s devises?
Based on a true story… Yours!

DRAMA
https://www.imdb.com/title/tt9163782/
FATE’S SHADOW: THE WHOLE STORY raises awareness about multiple past life possibilities with the same person and how those scenarios can overlap into present day life to give clues about their past. Our character Eva lifts the veil on spirituality while empowering others to leave bad situations regardless of the depth of their connections.

The Bandaged Place: From AIDS to COVID and Racial Justice {buy here}
Directed by Ravi Chandra

DOCUMENTARY
https://ravichandramd.com/portfolio/the-bandaged-place/
Grief, rage, identity and meaning are explored in the stories of three Asian American men: psychiatrist/poet Ravi Chandra, poet/artist Truong Tran, and Jungian psychoanalyst/artist QiRe Ching. From shamanistic poetry channeling the dead to deeply riven accounts of our psychological truths, these three come to insights and reflection that aim to inform a changing world.

ACTION
www.gunfromhell.com
After rescuing a mysterious drifter from certain death, a gold miner named Jack Wyatt is gifted a cursed pistol with unspeakable power. Little does he know that a gang of outlaws, led by the evil Thane Maddox, is searching for the notorious Gun from Hell.

Half & Half {buy here}
Directed by Clay Dumaw

DRAMA
https://filmfreeway.com/HalfAndHalfTheFilm
Two worlds collide as an unlikely friendship forms between an optimistic homeless man, Adam, and a jaded young bride, Amira, as they discover they’re both playing to win one million dollars and agree to split the winning share Half and Half.

DOCUMENTARY
www.ricweiland.com
Ric Weiland was a brilliant programmer, and one of the earliest employees of Microsoft. He dedicated his life and fortune to philanthropy and activism, but personal struggles eventually became too much to bear. This is the story of his life and legacy.

DOCUMENTARY
www.kindredfilms.co.nz
In 1984, six feminists kidnapped an Auckland University lecturer, beat him and chained him to a tree in a violent political action.

The event sparked debates about gender politics and vigilante justice that divided New Zealand and led to social change. But the mysteries of who the six women were and why they attacked the man they did have remained unsolved.

Three decades after the bizarre attack, director Megan Jones reopens a cold-case and tries to find out not only who the six women were, but what drove them to such an unprecedented action.

DOCUMENTARY
Narrated and starring Michelle Rodriguez (Lost, Avatar, The Fast and Furious), THE REVOLUTION GENERATION is a manifesto for today’s youth on the societal forces that have shaped and held back their generation, and how they can deploy their unique strengths to revolutionize the political system. Today half of the people on planet Earth are under the age of 40 – this is more people than were alive in 1950. Theirs is the most connected, educated and technologically savvy generation ever. Yet the hardships they face threaten to culminate in a perfect storm of economic, political and environmental crisis. This documentary explores the sweeping changes that lead to the world that young people are inheriting and paints a picture of how this generation is awakening to confront both the US political crisis and the global environmental crisis.

Dreams of Emmett Till {buy here}
Directed by Bobby Field

EXPERIMENTAL
https://www.dreamsofemmetttill-play.com/
Emmett Till was killed in 1955. Now, an elderly Caroyn Bryant must face her accusation against this little Black boy that led to his brutal murder back in segregated Mississippi and haunts America to this day.